On Saturday night I was invited to a roller disco on Staten Island by my friends Annie and Andy who were in town from the UK. I hadn’t ever been much of a roller-skater (I prefer ice), but what the hell — I’d never been to Staten Island. But when I arrived in Dumbo it seemed the original plan had already been ditched in favour of a 70s-themed party at the large open-plan former industrial space apartment where my friends were staying. 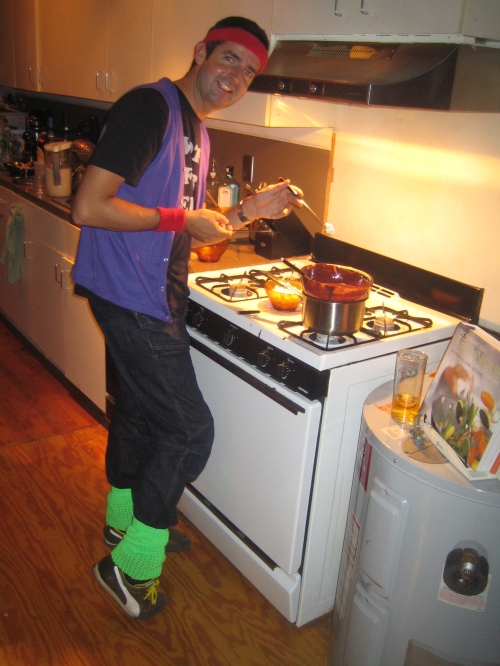 Andy had gone to great efforts with his costume, even paying a special visit to American Apparel, to create a somewhat garish outfit which seemed to owe more to the 80s aerobic craze than anything else, but which he pulled off with a certain panache. So we spent the evening seeing how many different foods can be dipped into fondue while classic Brooklyn movie Saturday Night Fever was projected onto the wall. On the subway back home I wondered if people will one day host 2007-themed parties, and if so what would they involve? Somehow I can’t quite imagine it. Maybe it takes a while for a decade to define its identity, but in this post-everything age, is there anything about the present popular culture (besides reality shows and the internet) that will have any relevance thirty years from now?